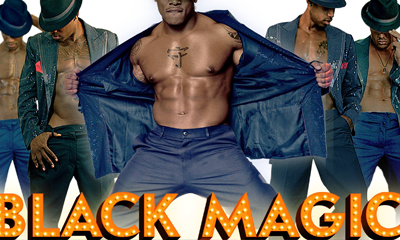 Black Magic Entertainment’s sexy stage show is called Black Magic Live. Ladies can expect an exotic revue featuring an all-black male ensemble. The first of its kind, the revue boasts an all-star cast, with some of the biggest and brightest exotic male dancers from all over the United States. The cast members of the Live show can be seen featured in a weekly series on the Lifetime Network called “Vivica’s Black Magic” which premiered, January 4th 2017. The Black Magic Live Stage show saw its debut in Las Vegas on May 12th, 2016 to a sold out audience.