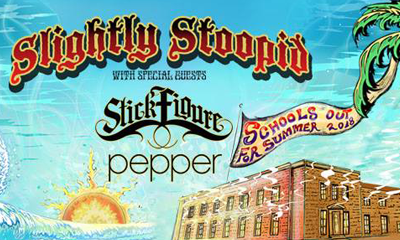 School’s Out For Summer 2018 Tour live at The Chelsea at The Cosmopolitan of Las Vegas. Slightly Stoopid with special guests Stick Figure and Pepper. All Ages. Tickets on sale now.