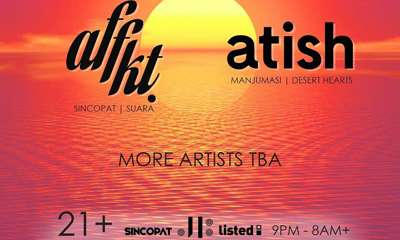 Soul State and MNTRA, Las Vegas’ premier purveyors of underground #house and #techno music events, have come together to bring #lasvegas an #experience like no other: STATE OF MIND! Join us as we partner to create an exclusive and intimate evening with some of the most talented DJ’s from around the world, featuring incredible art, vendors and more!

The Atish experience: dynamic, emotive, ecstatic. Yet it is more than the sounds emanating from the speakers, it is also the man behind the decks: warm, compassionate, inviting. He is an entertainer and a catalyst: a magician who mixes deep melodies and sophisticated rhythms into musical journeys.

Based in San Francisco, Atish has cultivated a devoted following around the world. He’s a natural performer who engages crowds with charm, a smile, and possibly a wig and a tutu. An obsessive music collector, Atish pulls from a broad sonic palette, and with these sounds he creates intimate atmospheres and emotional experiences that linger in your mind long after the music has stopped.

Intimacy and connection are the foundations of the Atish experience. His multiple residencies speak to Atish’s ability to resonate with any crowd and highlight the range of his sound. From the blissed-out festival vibes of Desert Hearts, to the big city sophistication of New York’s The Cityfox Experience, and the small club coziness of Miami’s Do Not Sit On The Furniture, Atish brings people together with music and passion.

This passion can be heard on Atish’s numerous DJ mixes found on Soundcloud. A prolific mixer, Atish finds the DJ mix the perfect format to create compelling narratives of rhythm and sound. Scrolling through his extensive catalog of mixes, one can hear an artist devoted to the music and dedicated to the perfection of his craft. It’s the same devotion Atish receives back from crowds and fans the world over. They understand it’s more than the music and the crowd and the DJ, it’s the magic that awakens when it all comes together. That’s the Atish experience.

Hailing from the Spanish mainland is a sound that’s resonating globally thanks to a choice select of tastemakers that are driving through the boundaries set out by their mediums. A notable character from that sub-culture of game-changers is Marc Martinez Nadal, aka AFFKT, who has been a driving force behind a colorful & empowering sound that is refined by his drive for perfection.
Having worked on coining the sound of this alias since 2008, it has been a plethora of sound, place, person & culture that has provided a platform for AFFKT to experiment with his output. Serving electronica crossover masterpieces that delve into the many sub-genre’s of house music via key imprints such as Suara, and his very own Sincopat label, and expressing versatility digging deep into his influences of the local by delivering heart-stopping, engaging techno on the likes of Kling Klong & Noir Music, AFFKT has committed to a life of synthesis and this is what sets himself apart from a comparatively shallow glance at dance music.
Once described as a “Son Of A Thousand Sounds”, AFFKT has evolved to a career peak where he has surpassed expectation and enjoyed praise from his peers. Cutting through the ranks, his path has retained an essence of so many that have influenced him, he now sits shoulder to shoulder in skill & presence. 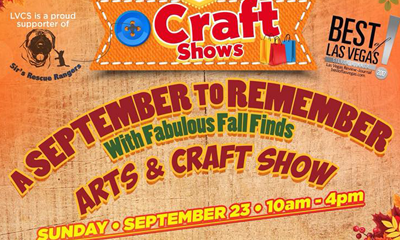 Looking for that special unique gift and something FUN to do with your family & friends, while supporting local artists, crafters and animals in need? Look no more – LV Craft Shows has got the place for you!!

Join the BEST LV Craft & Gift Show in Las Vegas at Veil Pavilion at the Silverton and see for yourself why we are the longest running craft show in The Valley. We’re the 2017 Best of Las Vegas Winner – Silver – Category Shopping/Best Place to Buy a Unique Gift.

For more information & vendor opportunities, visit our website at LVCraftShows.com 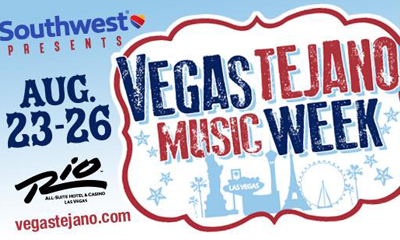 Vegas Tejano Music Week 2018 presented by Southwest Airlines is the premier, national gathering of thousands of Tex-Mex enthusiasts, musicians, and industry representatives in Las Vegas! The leading event in the music movement, attendees will converge August 23-26, at the Rio All Suites Casino. Highlights of the week include the 15th Annual Tejano Music Convention, SqueezeBox and Zavala’s Vegas Vibe Puro Pool Party. Vegas Tejano Music Week’s mission as the genre’s unifying force remains; to advance Tex-Mex music by providing a forum for industry-wide dialogue, promotion of its music legacy and development of the next generation of artist and fans. 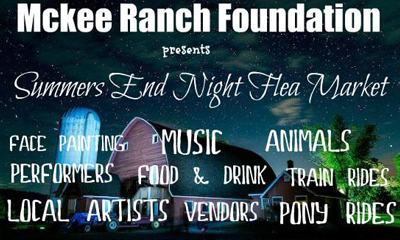 Join us back on the ranch for one last hurrah before the school year starts!Beat the heat and join us for a night time flea market. We will have dozens of local artists, vendors and performers. food trucks, pony rides, train rides. Feed all of our beautiful animals while you shop. Food and drink will also be available. Did we mention free!!